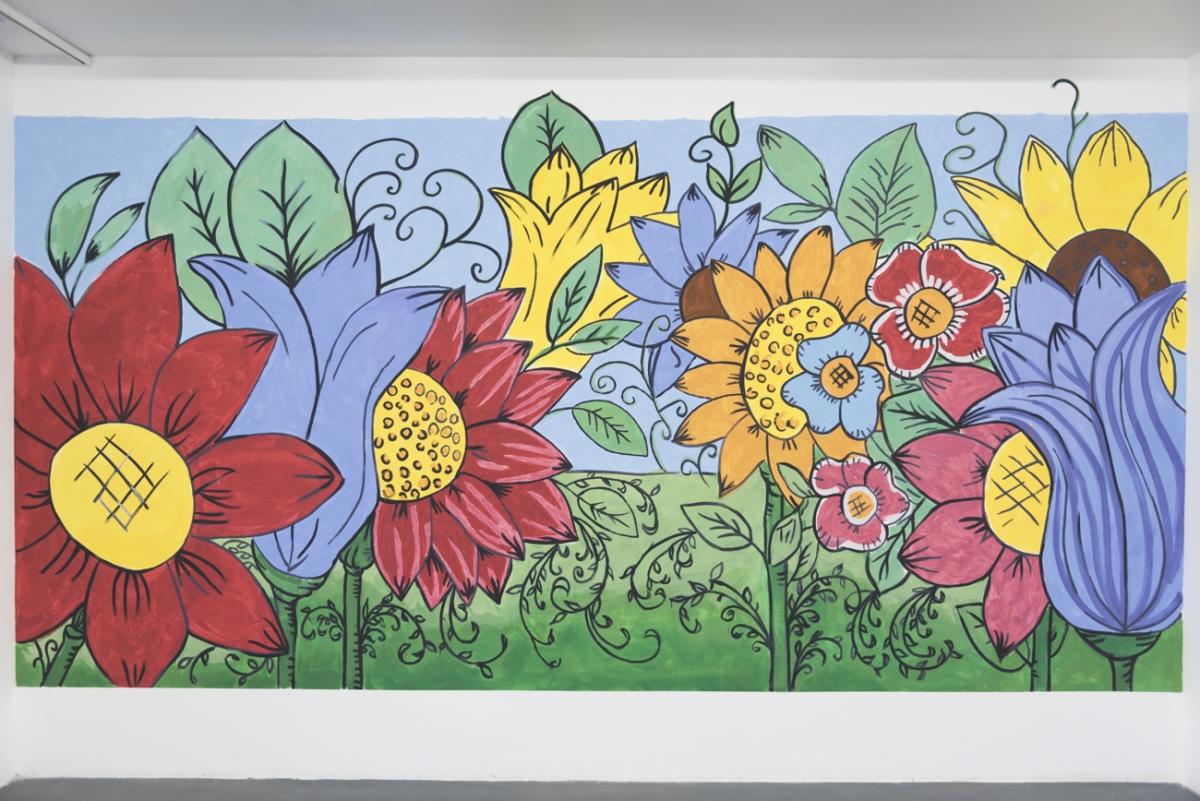 The fact that a museum of Roma culture, such a significant minority in Slovak society with a rich and lively culture and traditions, cannot be found in Bratislava or Košice, does not only reflect the disregard of this minority by the majority population and politicians. It also reveals the fear of the full recognition and equality of a minority culture, of acknowledging the existence of “the other” within its own heart. This museum could be an instrument for the cultural and social emancipation of the Roma, while freeing the majority population from stereotypical thinking about the Roma minority. It could be a vehicle for demonstrating that Roma culture is a significant part of the history and contemporary culture of Slovakia.

Invisible Museum, the exhibition at tranzit.sk initiated by Oto Hudec, features his proposal to found a Roma culture museum as well as the works of several artists who reflect on the Roma history and cultural production and problematize established stereotypes. In a condensed form, these works strive to broaden the view of Roma history, culture and contemporary art. 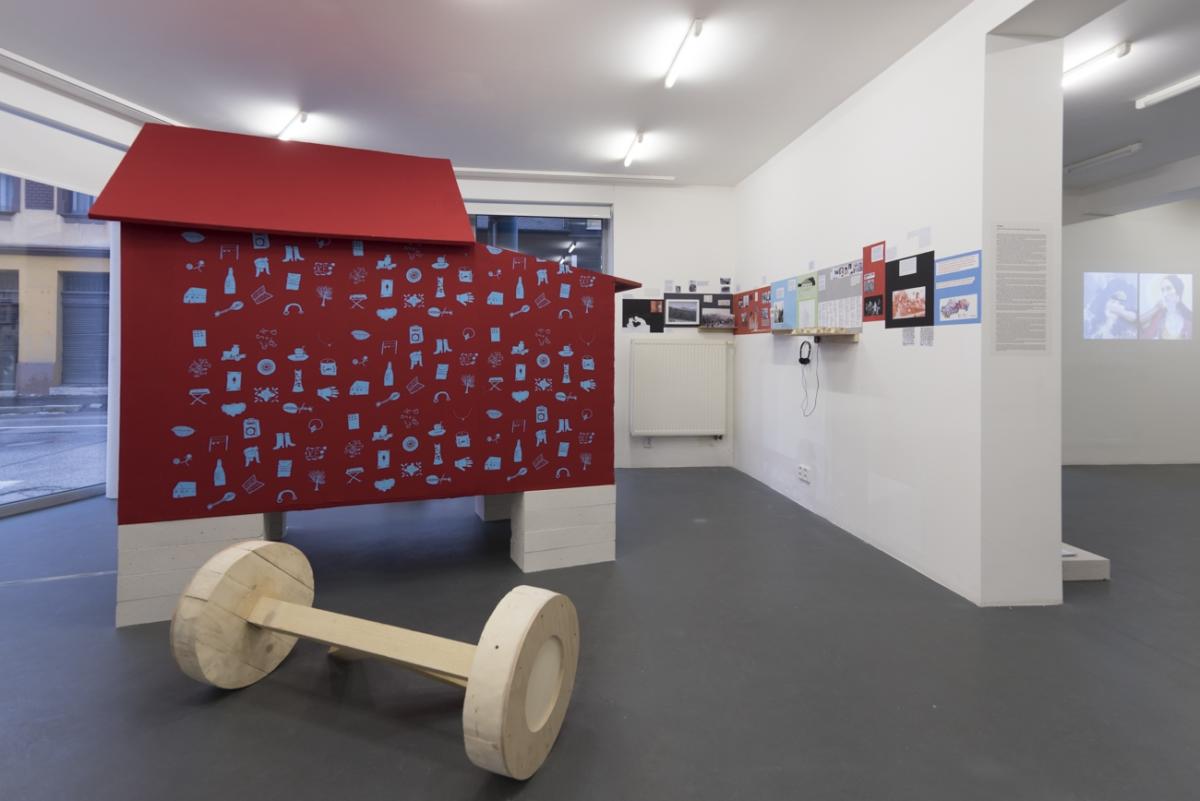 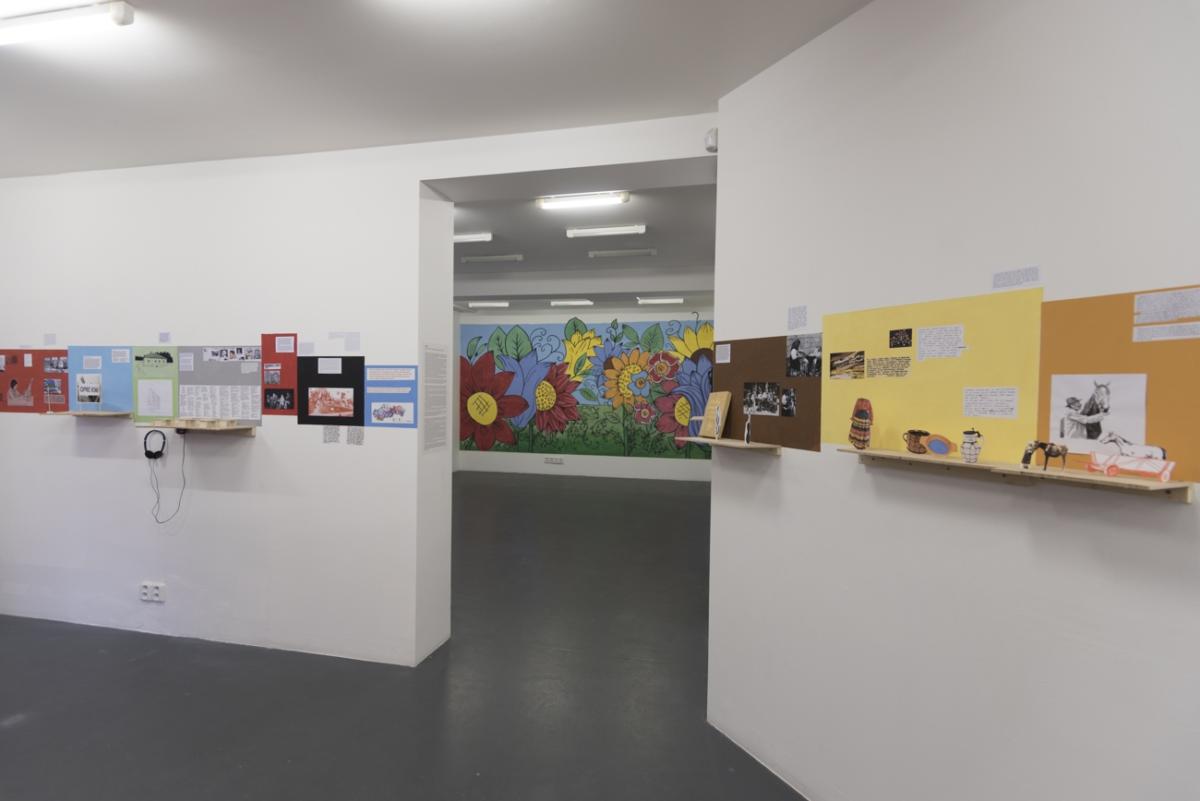 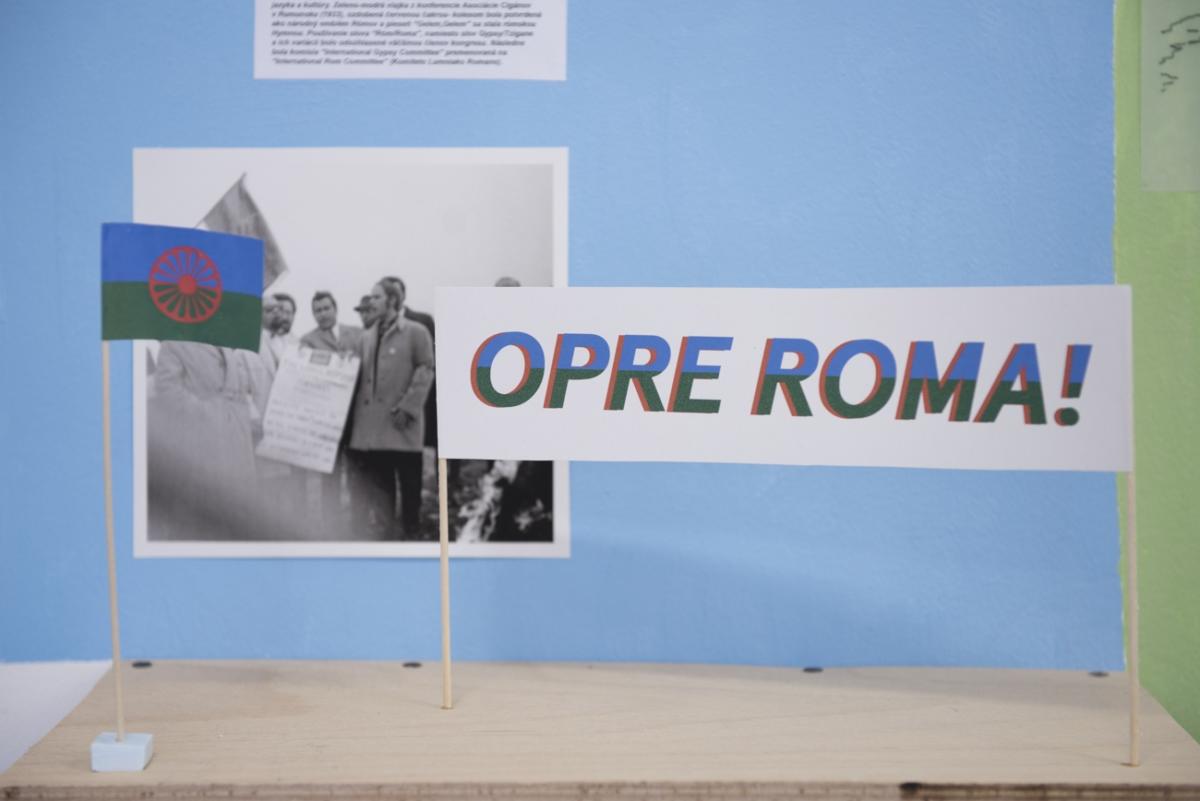 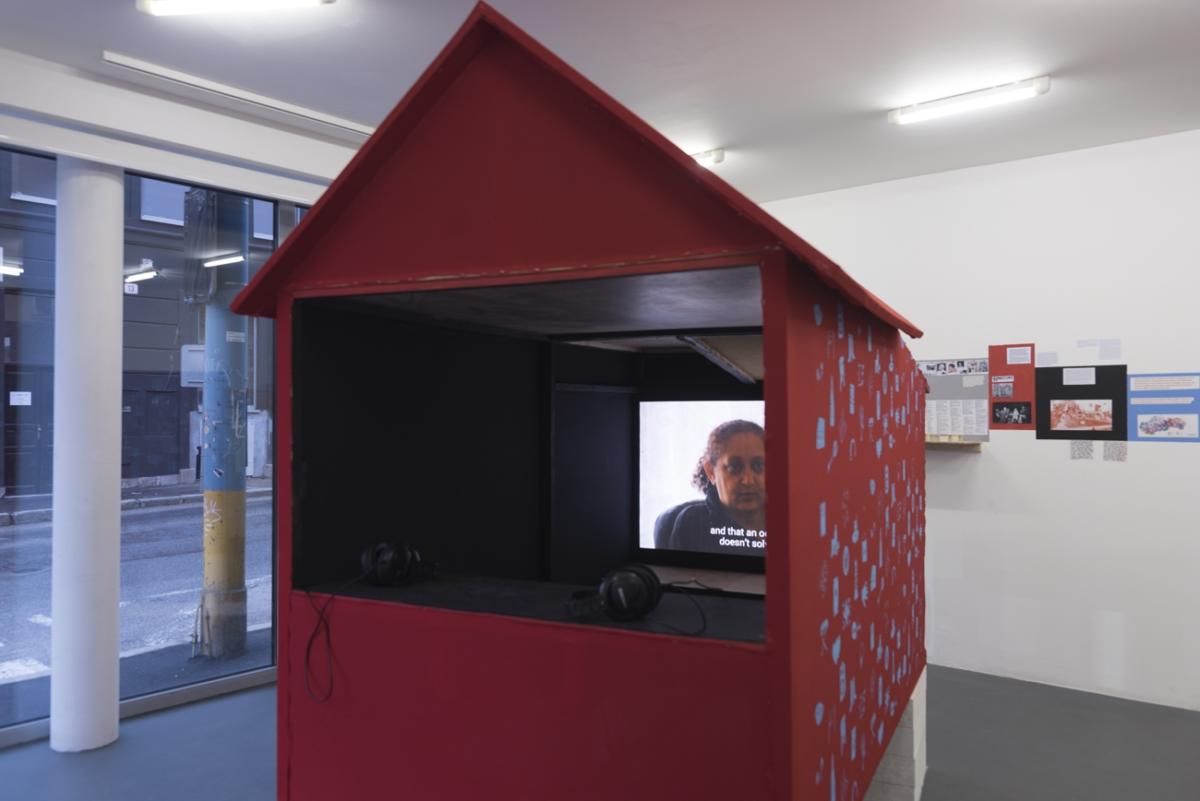 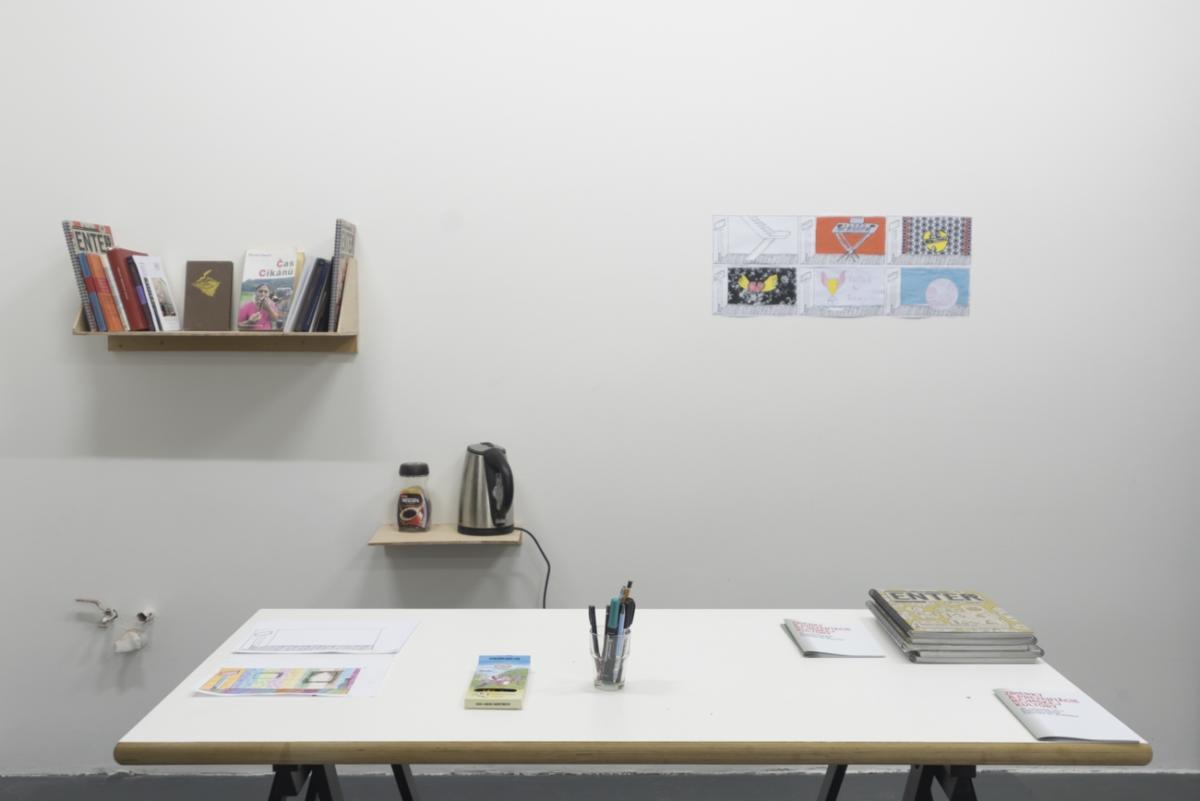 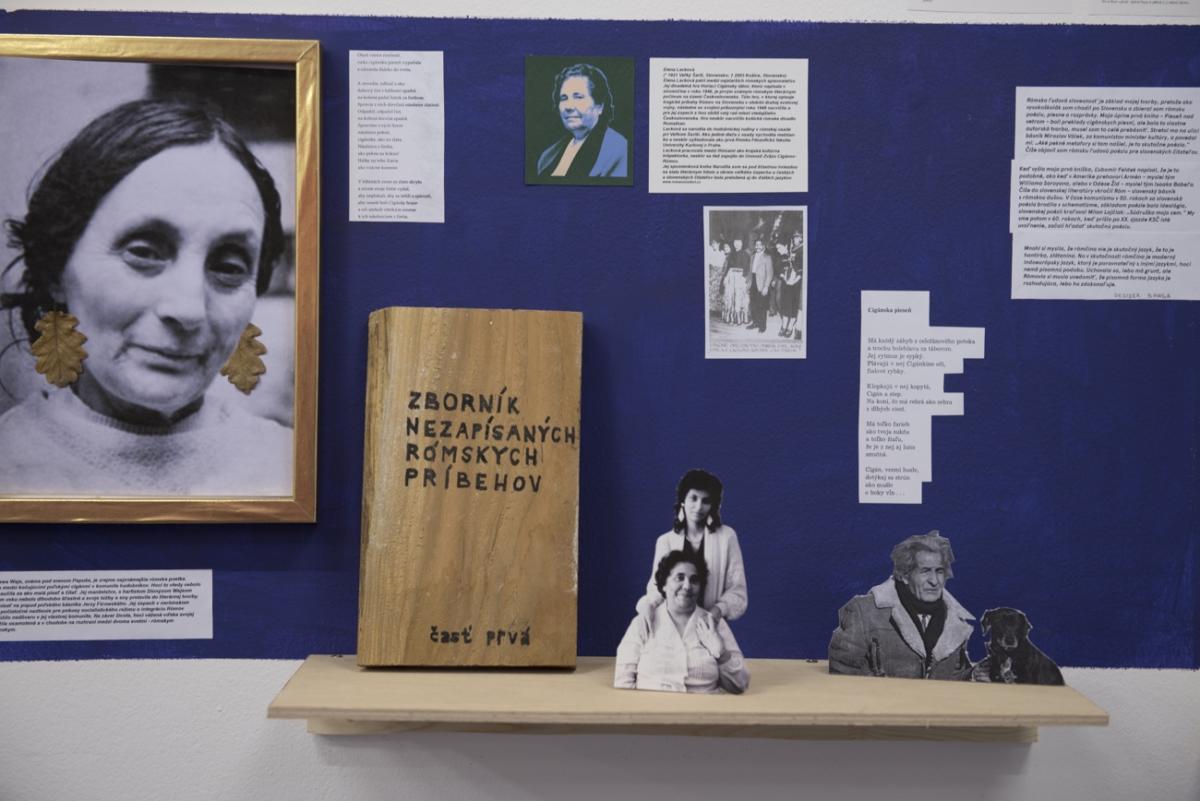 In her video Constant Metamorphosis, Emíla Rigová reflects on her own work in which she studies, besides other topics, the stereotyping of Roma women. She works with her older digital paintings, her own self-portraits stylized in the romanticizing but normative ideas of the ideal traditional Roma woman. Painter Marcela Hadová manages Marka romňakero gendalos, the Roma women’s club in the village of Rankovce, where women create murals and paintings; the aim of the club is to establish a link among the women from the Roma community and to encourage them to become self-sufficient. In her village, but also in neighboring Kecerovce, she has created mural paintings in the public space. Mural painting is her contribution to this exhibition as well. Documentary filmmaker and photographer, Paula Ďurinová is working on the little-known subject of Roma Holocaust, also known as Invisible Holocaust. Her documentary film entitled Baro maribenprovides the research of historians, ethnographers and other specialists and evidence of personal observers and their descendants, by means of which she also mediates the process of preserving and passing down memories. Another layer of this exhibition is comprised of a community project Karavan. This project, which has been implemented by Daniela Krajčová and Oto Hudec since 2013, serves as a mobile workshop in which artists visit marginalized communities in various regions of Slovakia and carry out multi-disciplinary workshops for children and young people from the minority and majority communities. Through creative practice they strive to stimulate mutual communication and interaction, collective creativity and the presentation of their own stories and experience as a vehicle of empowerment.

Invisible Museum, the installation of the same name assembled by Oto Hudec, is an open vision for an alternative museum that would look not only to the past but to the present and future. Along with other artists, community workers and especially Roma themselves, they are pondering the specifics of Roma culture and their perspective on the life and the shape that such museum should take. They imagine a museum that would offer more than the traditional ethnographic view and would instead focus on contemporary Roma culture, their current social and political situation as well as their history. The deliberations, dialogues and plans of the Invisible Museum represent an open vision of a fluid institution that collects works and archive documents, carries out field research, links the academic world and the world of Roma in the regions and disseminates its results through community activities. 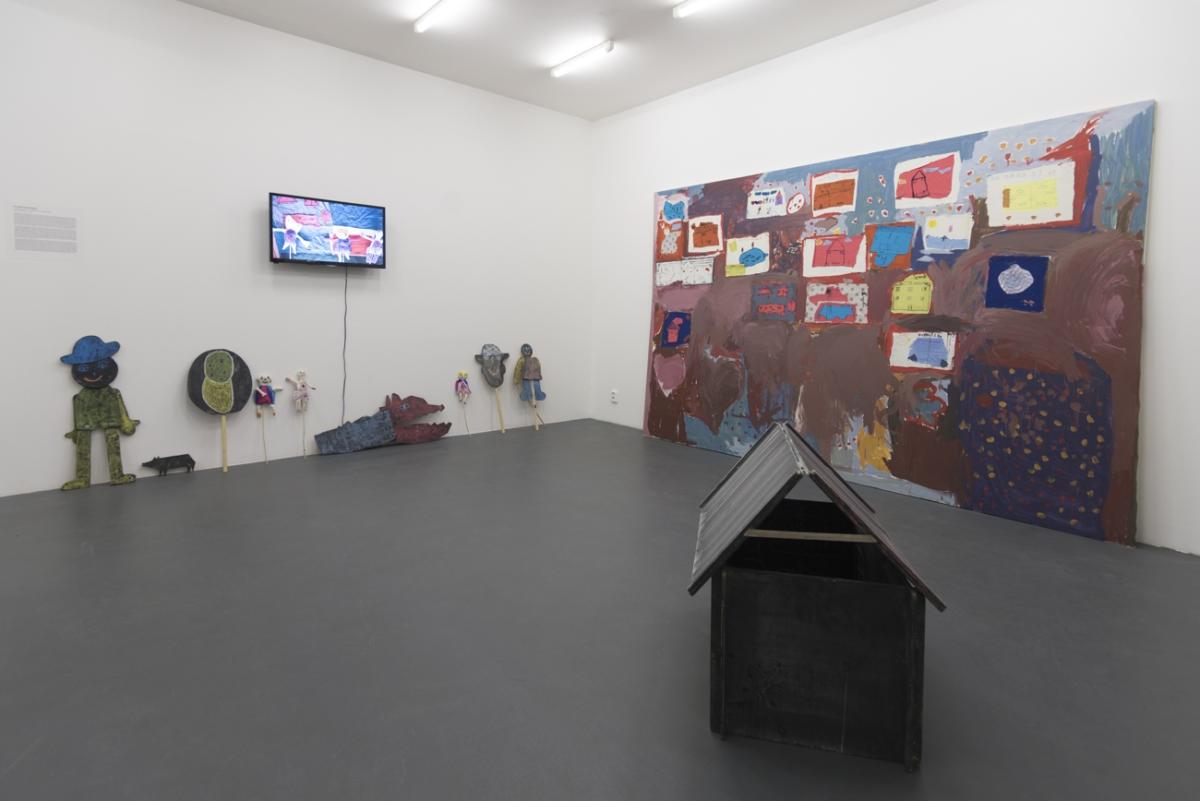 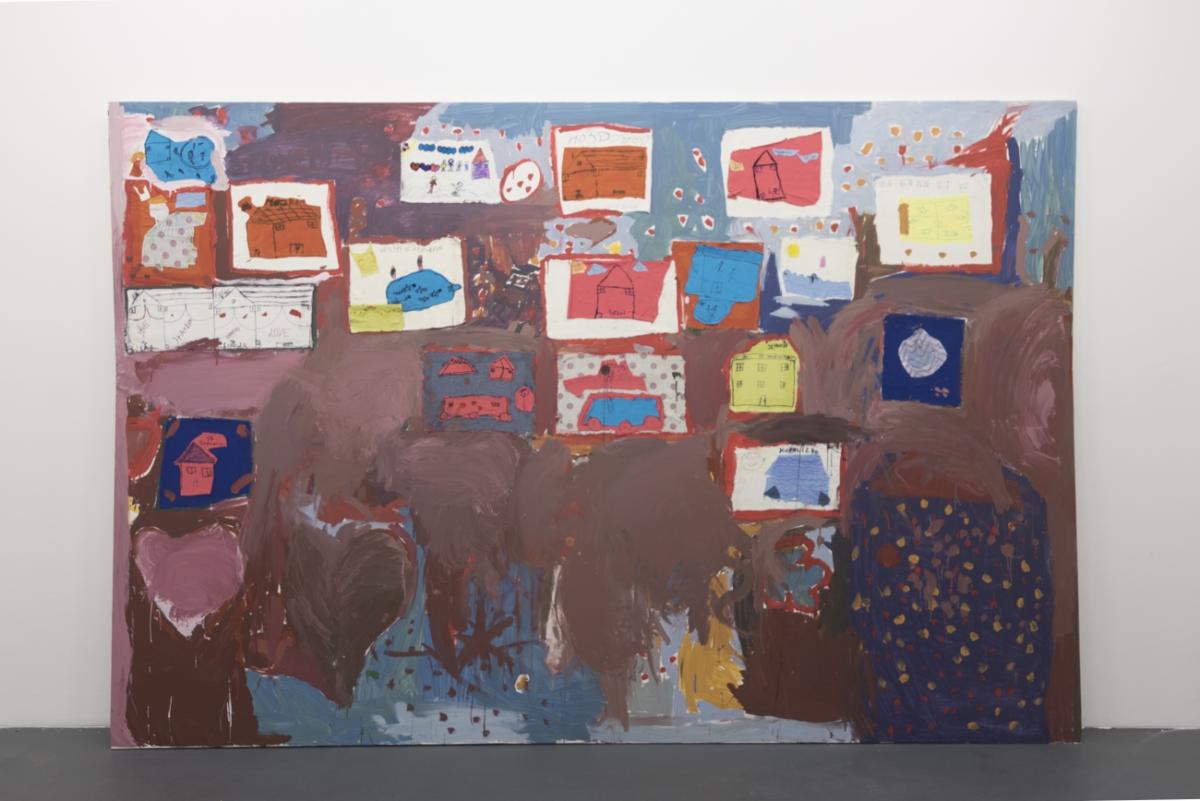 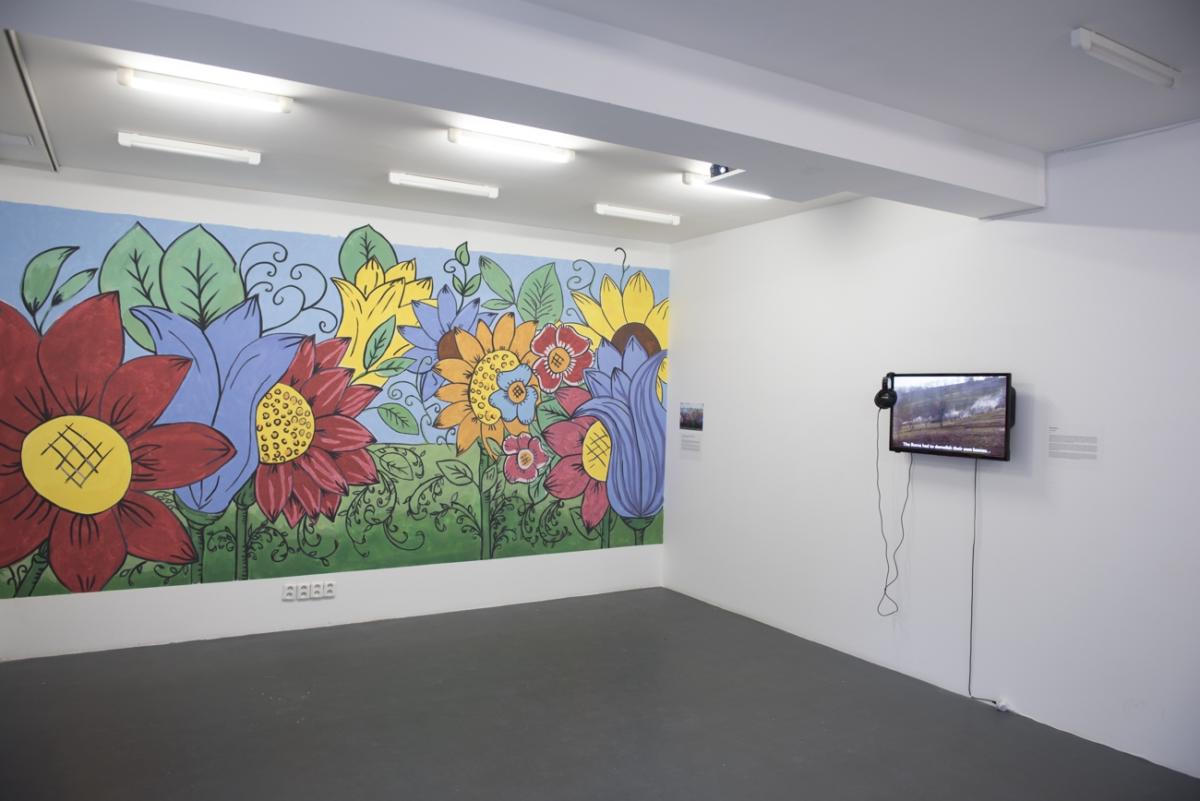 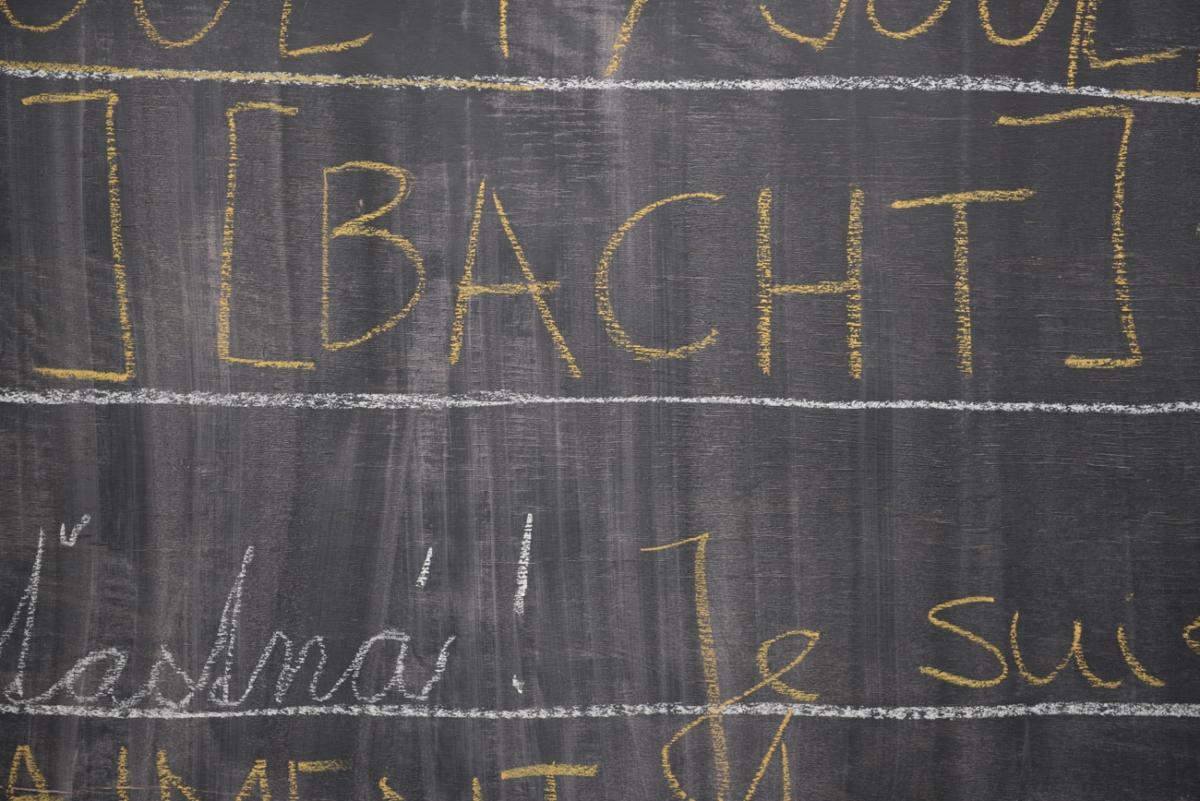 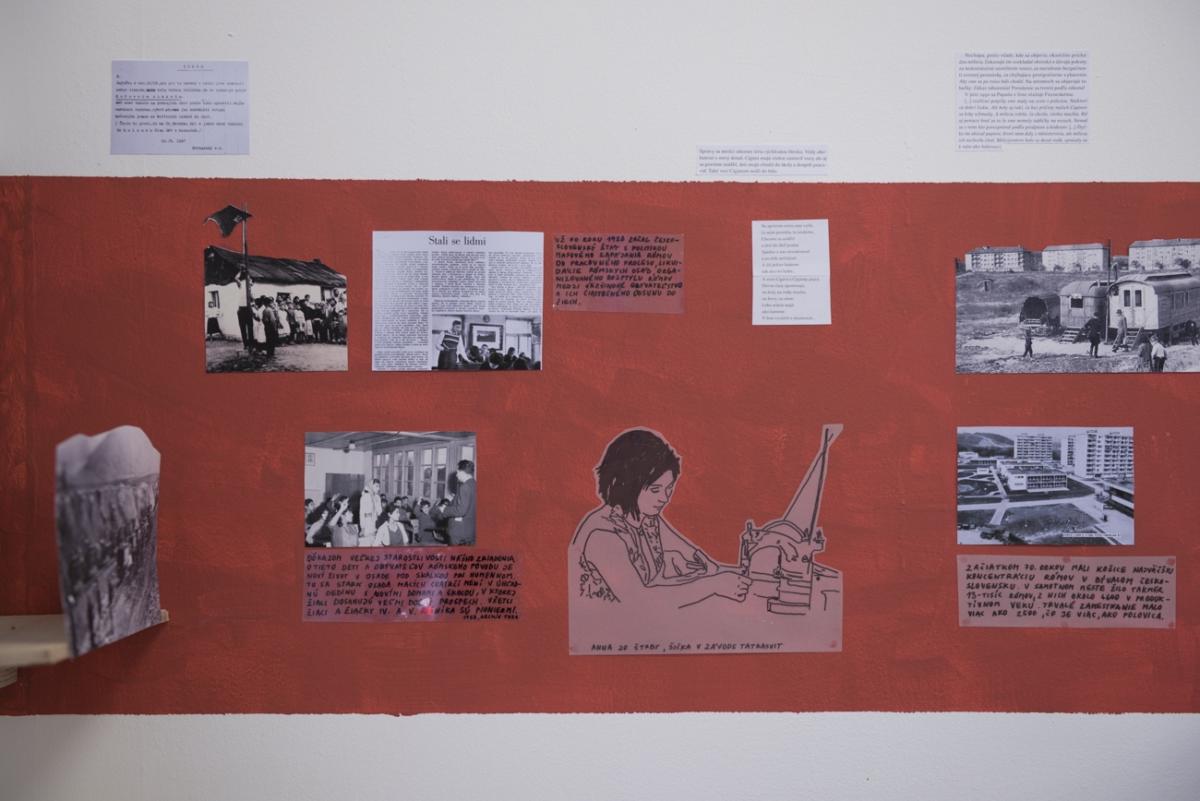 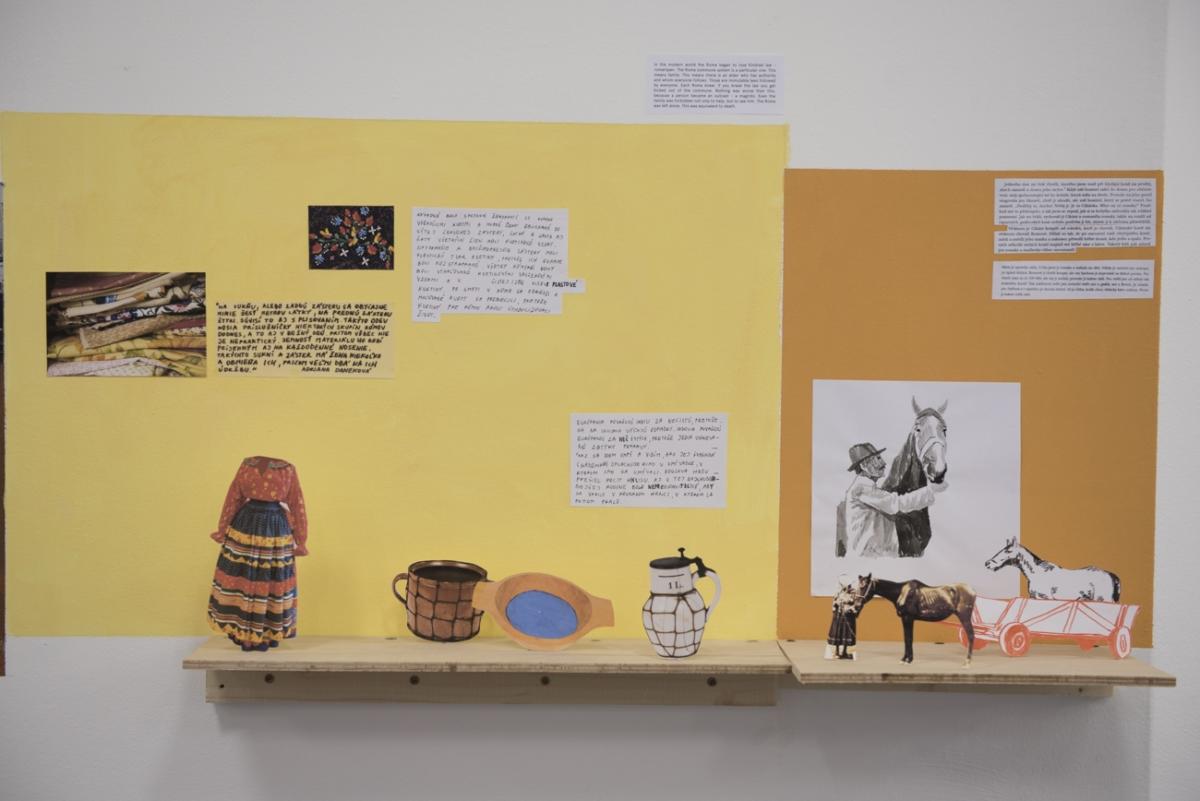 Invisible Museum itself has the form of an uncompleted plan, a collage of unfinished reflections to be offered for further reworking and discussions. The framing of the project by art allows to create imaginary situations which would be hard to implement in the current political and economic situation.

This exhibition is part of the project Collecting, curating and presenting Roma culture implemented in cooperation with the Goethe Institut Bratislava and the Spolka Collective. A symposium with the same title will be held on November 30, 2017 at the Goethe Institut Bratislava. The symposium will comprise contributions of Adriana Daneková, Erika Godlová, Agnes Horváthová, Tímea Junghaus, Emília Rigová and Kateřina Sidiropulu Janků and discussions moderated by Zuzana Révészová.

The project is organized in collaboration of tranzit.sk, Goethe Institut Bratislava and collective Spolka.