Galerie Iragui presents, “Città Ideale”, the first solo exhibition of celebrated Russian painter Alexander Vinogradov at the gallery. The exhibition takes cue from the eponymous unattributed Renaissance paintings, as a blueprint for the shift from the medieval town to the modern city: geometric patterns, abstract criteria and scientific approaches, often riddled with utopian tension. For Vinogradov, born and raised in the Moscow of the second half of the twentieth century, this ideal city is the new Moscow: A city that was destroyed and re-built for the monumental architecture of the future, and the Great Utopia.

At the heart of the exhibition, major unfinished and unrealized architectural projects from the Soviet period, are showcased by the artist in a new series of drawings, depicting present day’s Moscow with its capitalist shock-culture, but in an alternative utopian future. The “Città Ideale” project is complemented with two painterly gestures: The abstraction of images in the course of a journey in between different cities in Russia, and some works from the earlier series, depicting modern life in Italy, in high socialist realist style, almost passing a satirical examination on late capitalist culture.

After several decades living and working in Moscow as a part of the Dubossarsky Vinogradov duo, the artist relocated to Italy, and painting solo, where distance from the tumultuous everyday life of the city, has become an inward gaze: The reconstruction of a future ideal Moscow, is also deconstruction. All memory has already become partly fiction, situated in the indeterminate space between utopia and propaganda. Vinogradov’s roots in figuration, also reveal paradox: Running against the conceptualism of the 1990s, is it possible to depict reality at all without its boundaries collapsing? 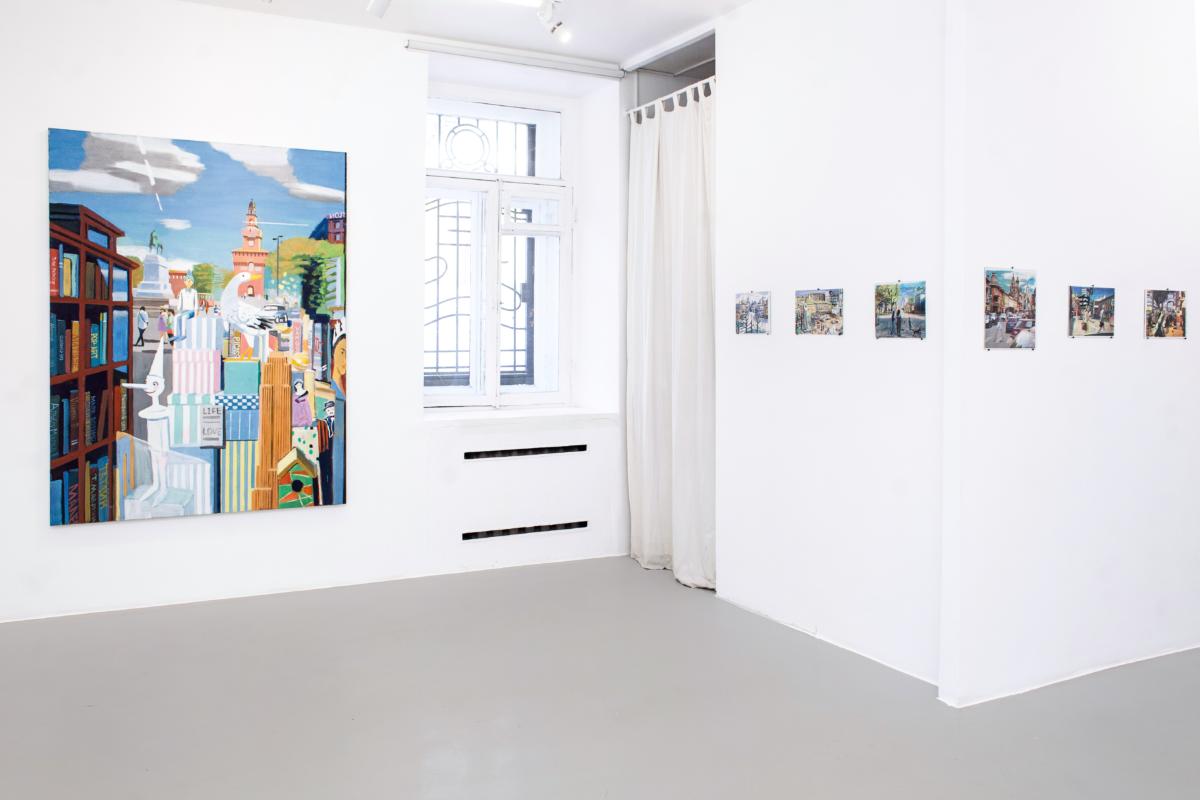 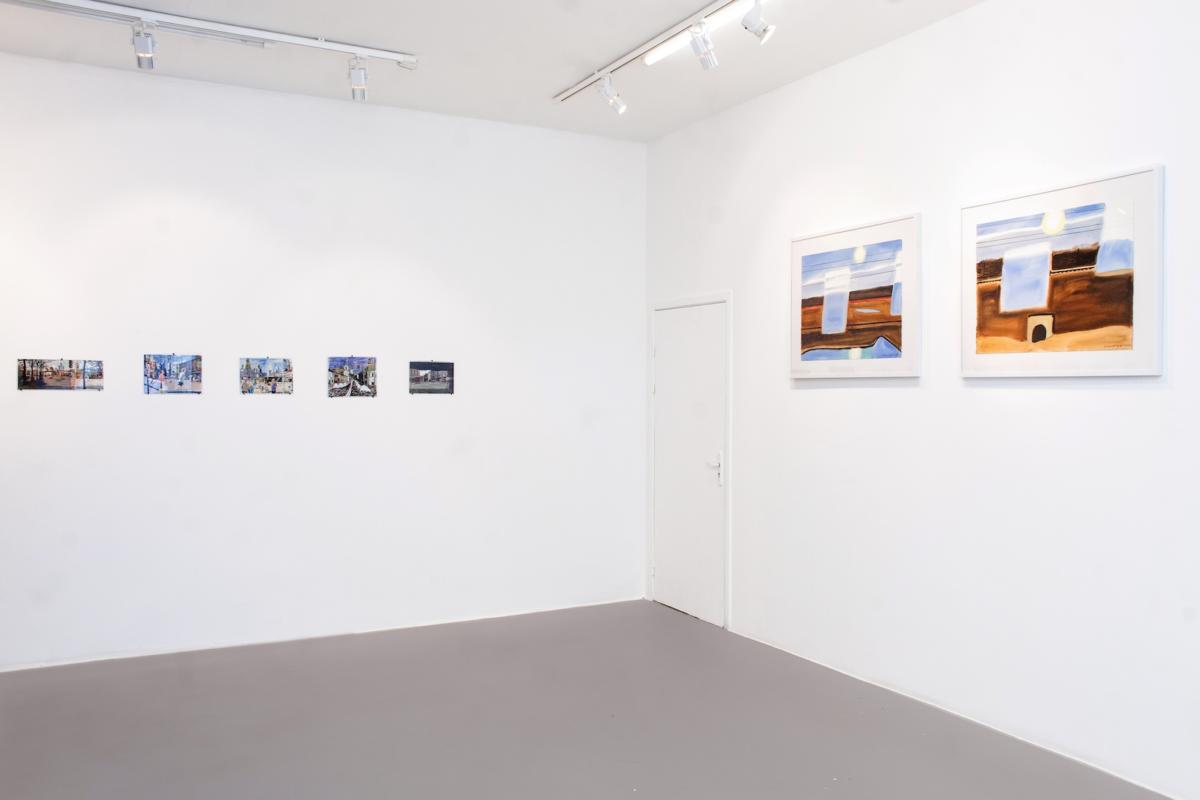 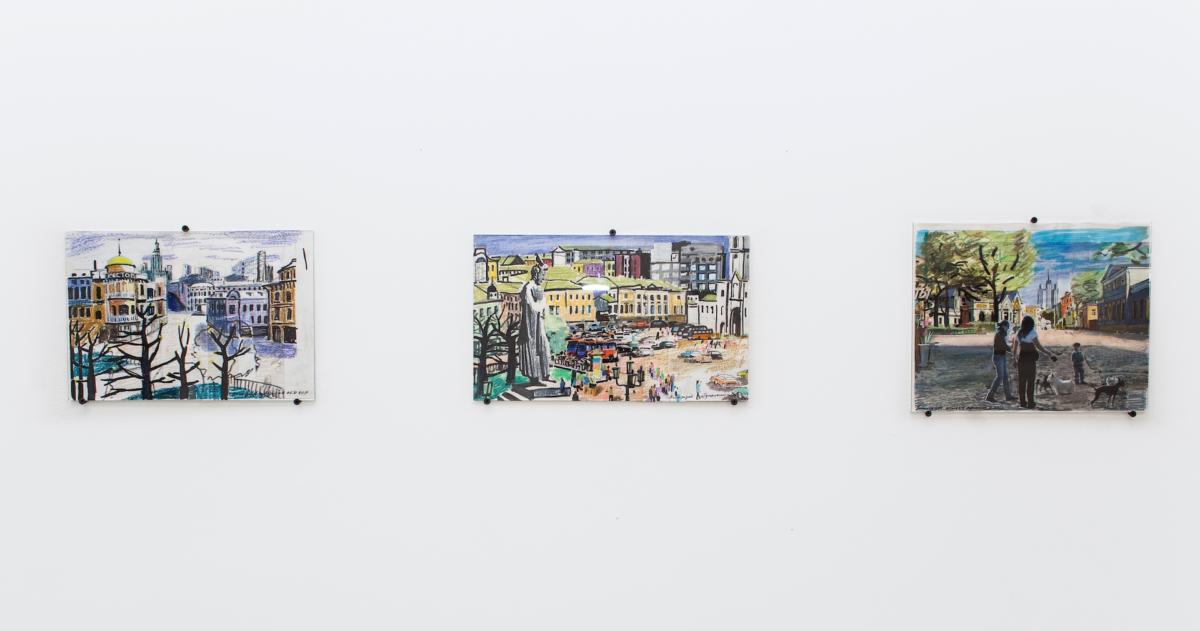 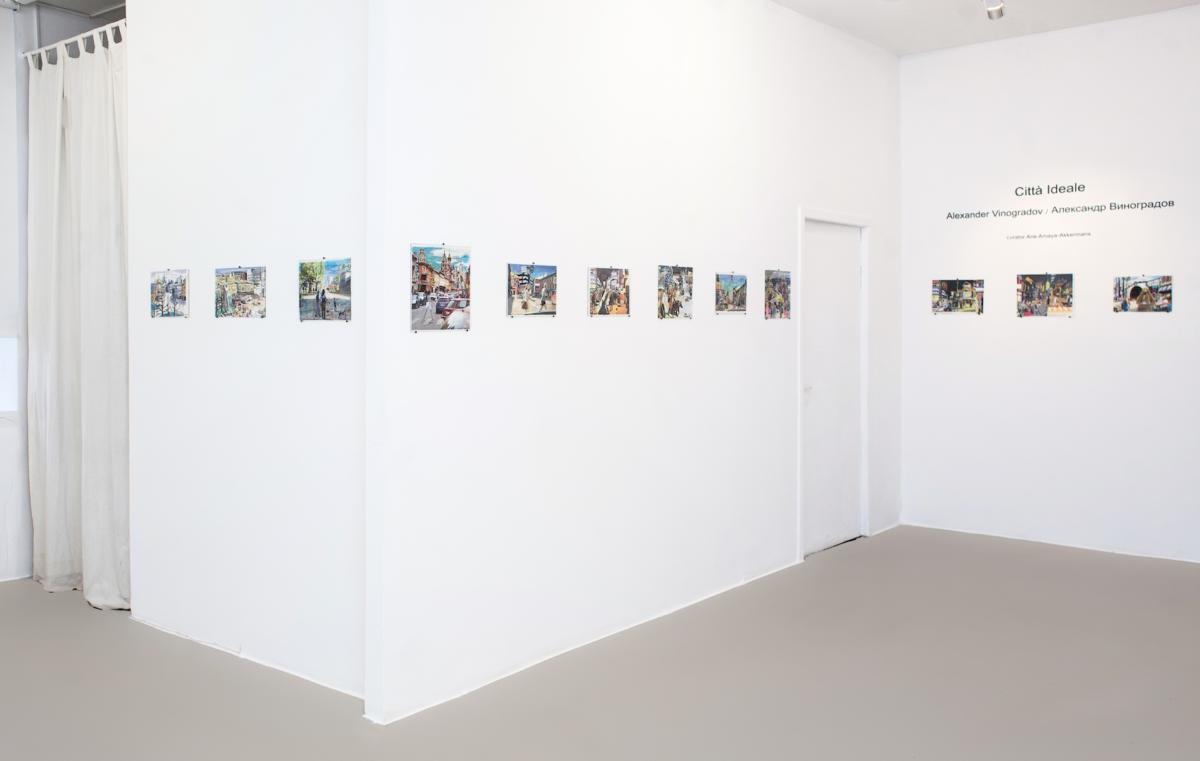 At moments, the reconstruction of the city is not only historical-physical but also emotional-psychic, how could the destiny of this city be changed or averted? In 1927, Walter Benjamin traveled to revolutionary Moscow, and jotted down a diary of his impressions of urban life under the conditions of modernity -monumental architecture beyond human scale, a 19th century dream from which ‘we must awake’. A dialogue on Benjamin’s text leads to unexpected archaeological findings on the  field of the future, understanding the tension of utopia as a longing for a remote, infinite, ever-recurring past.