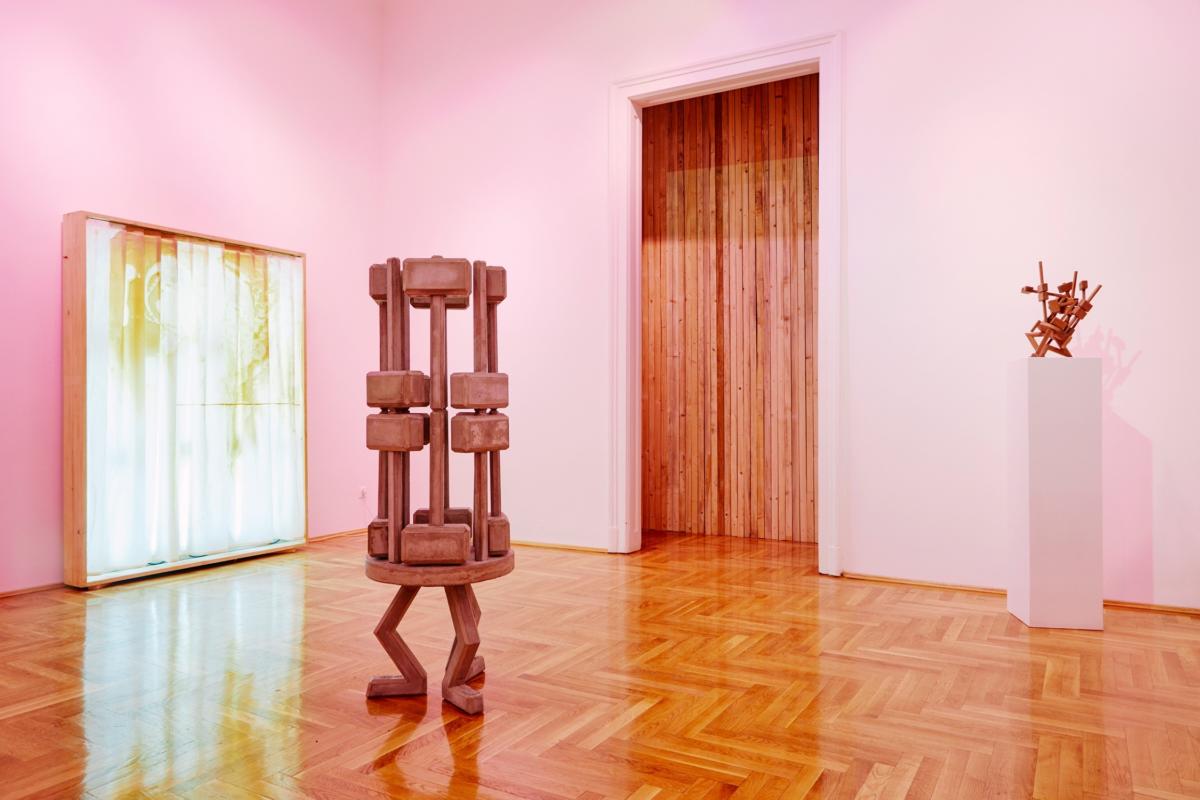 The present exhibition of István Csákány is a factory of endless allegories, which we can approach from several directions. We can see it as one mirrored unit or we can think of it as separate pieces. We can see it from the prospective of a monument, the labor or the science-fiction, the work or group of works will remain uniformly open. If it is from the point of view of the monument the projection that occupies the center it can be associated with one of Reg Butler’s 1953 artwork called The Unknown Political Prisoner which was destroyed by a Hungarian immigrant in the Tate Gallery in London. Many people considered this work proposal, which should came to existence thanks to the first big international competition after the war (one of the locations was a hilltop in Berlin), in that time already as the symbol of the impossibility to erect monuments. And today it would be impossible too to erect a monument. The projection onto the screen reveals a dreary landscape which is dominated by a rotating statue and looks like a camera obscura. Stripped of any connection somewhere on a highland as a memento of human activity. As if it was a message from an age long gone when people still believed in symbols. The statue is made up of hammers, organized in an anthropomorphic silhouette, which is actually made of concrete, impossible to lift. The piece built out of hammers is a testament to working, Csákány’s first big creation made entirely from concrete. 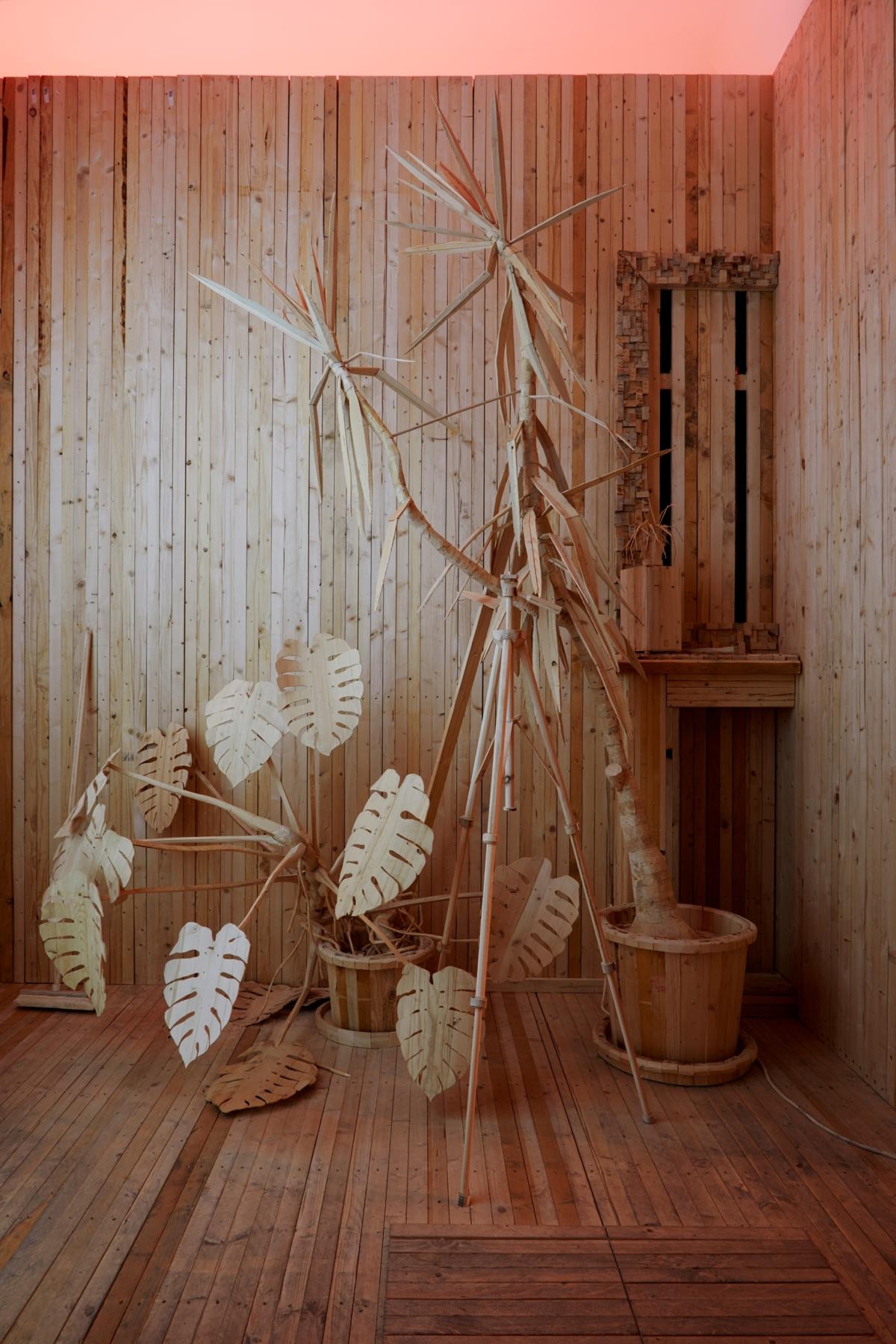 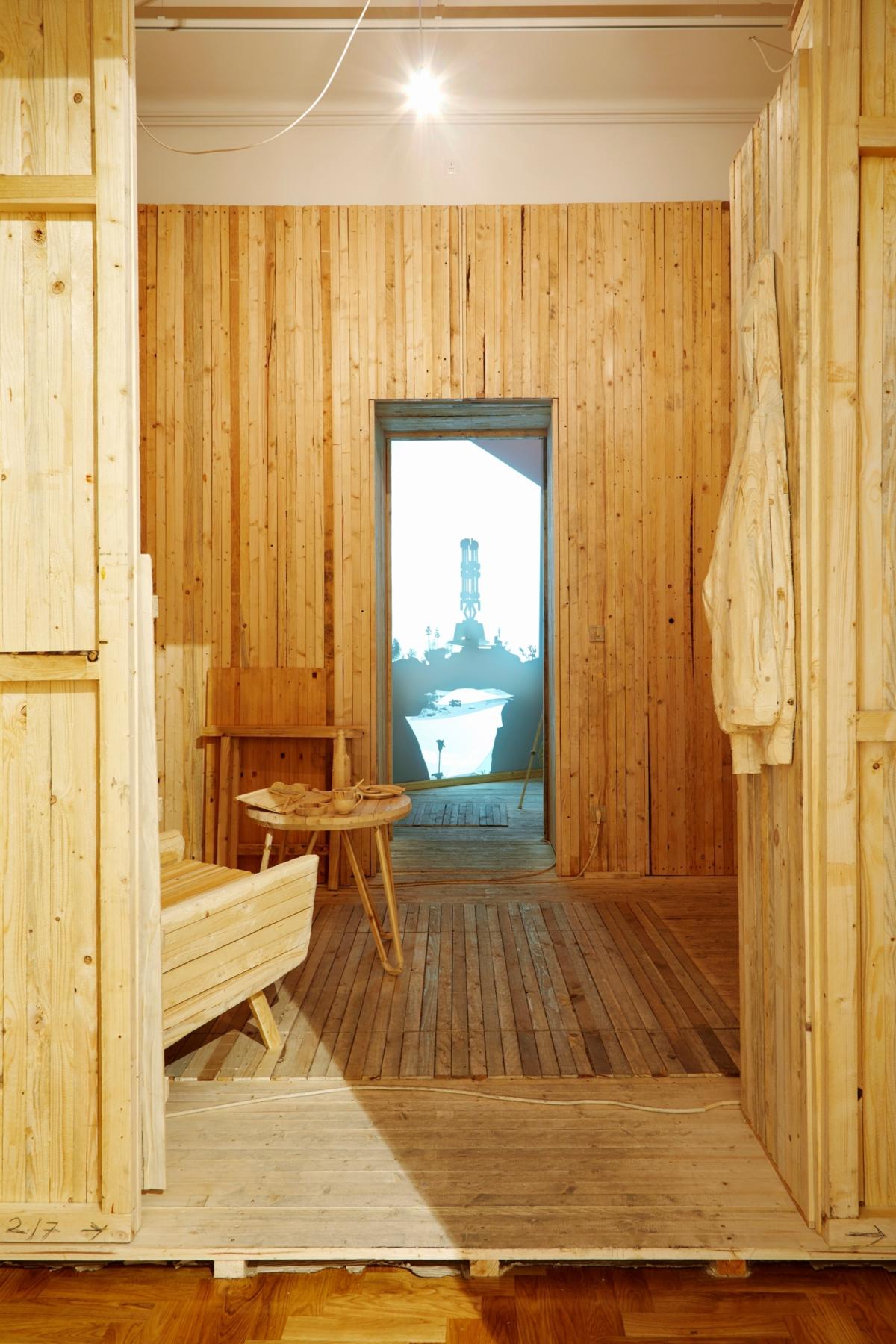 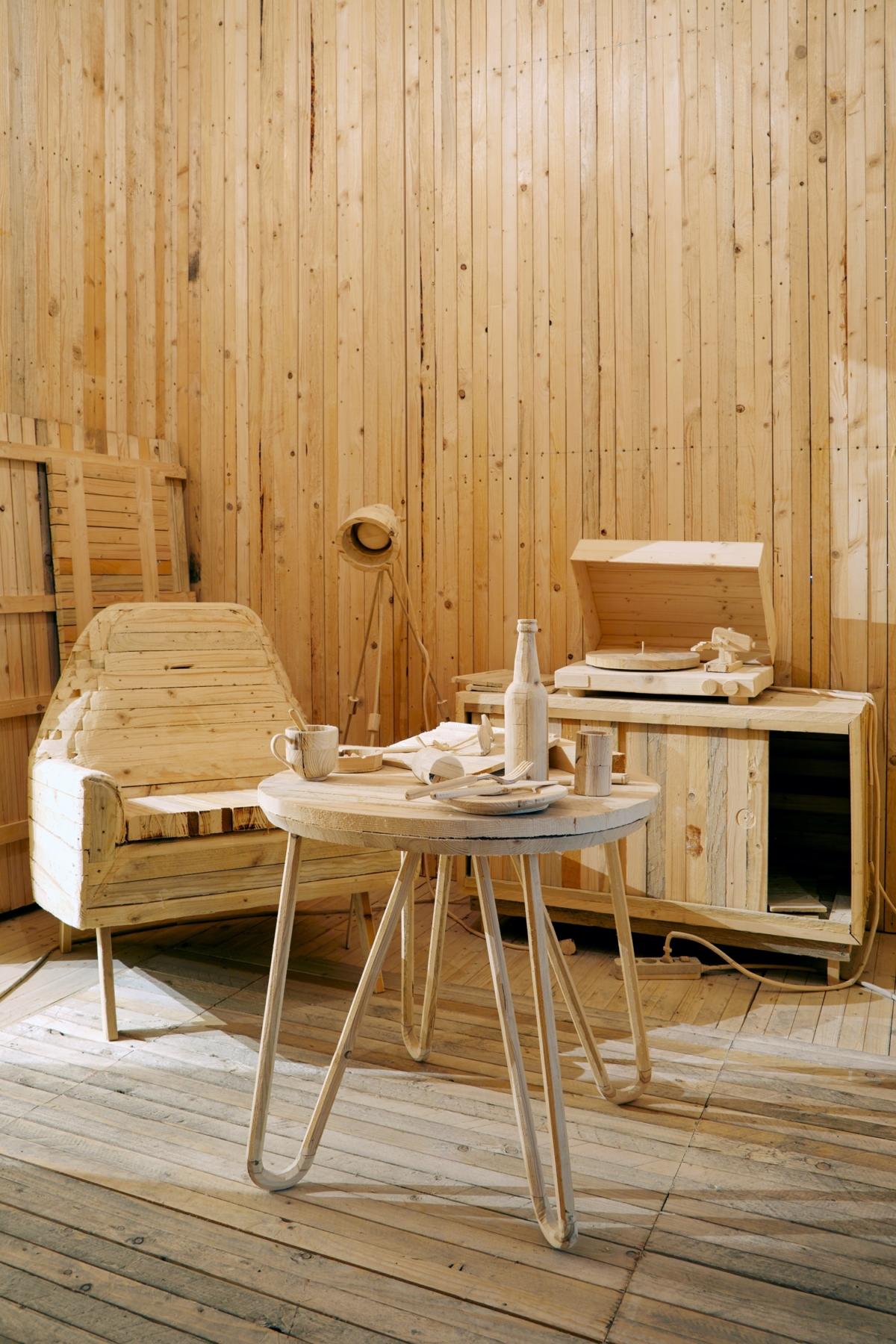 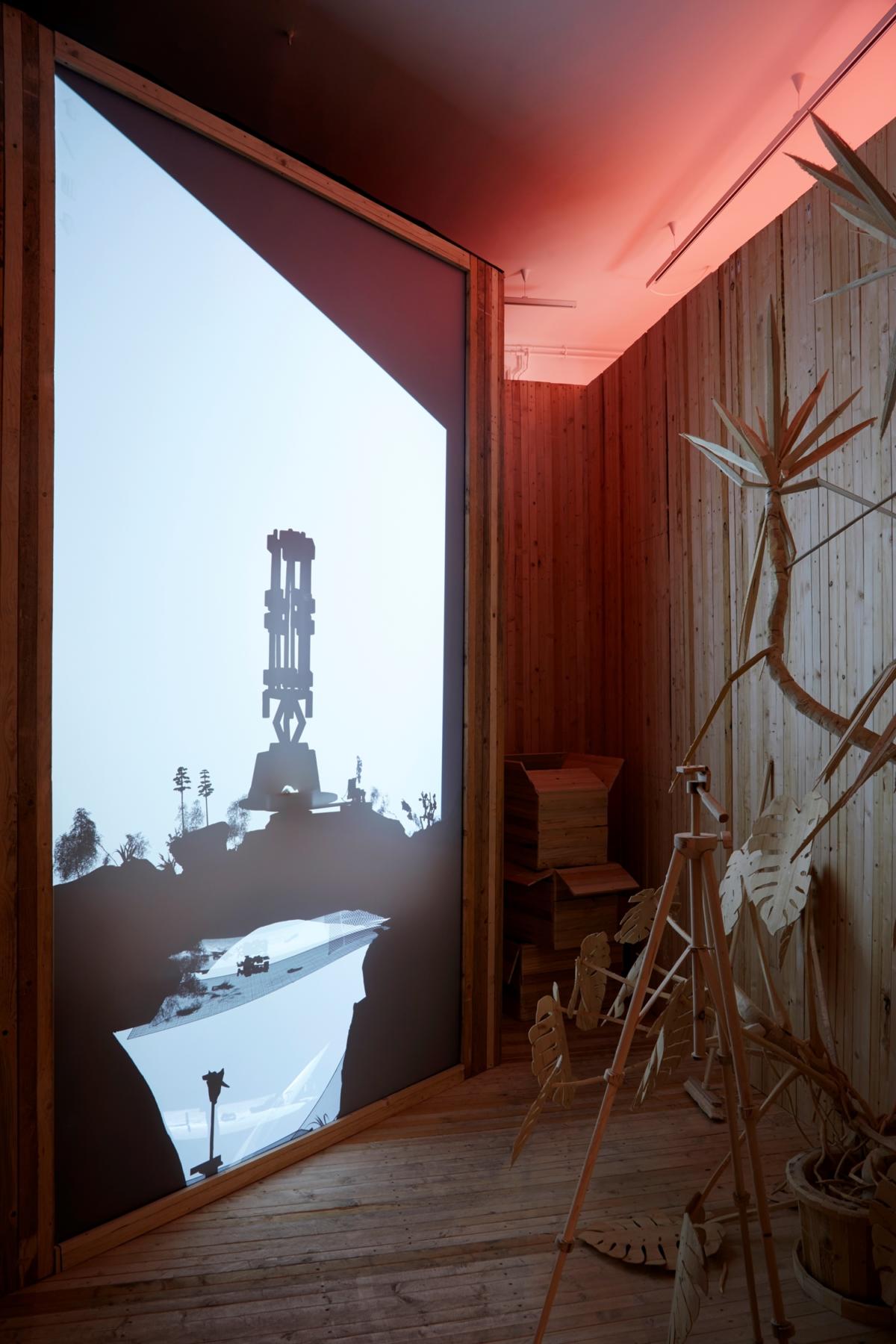 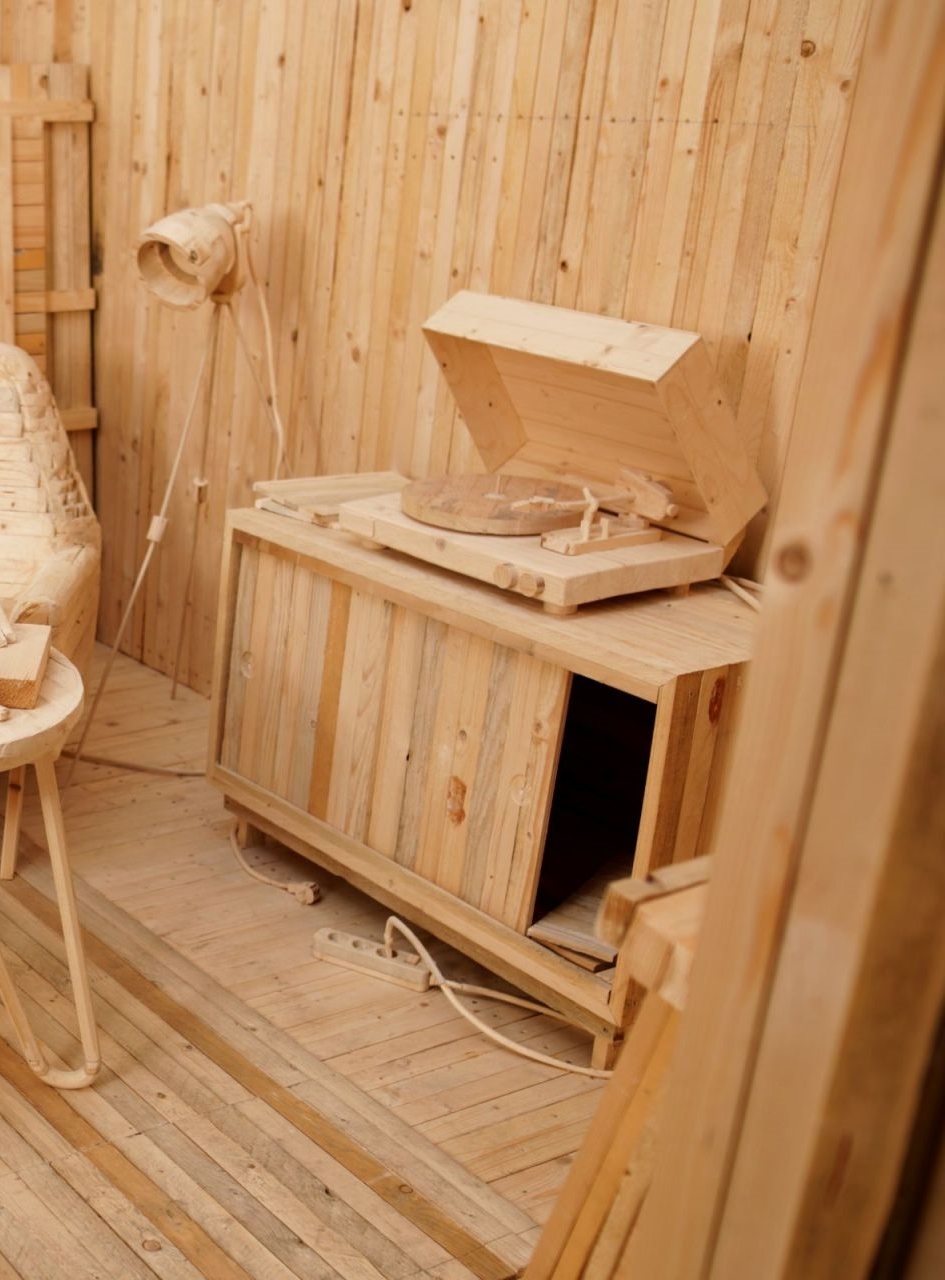 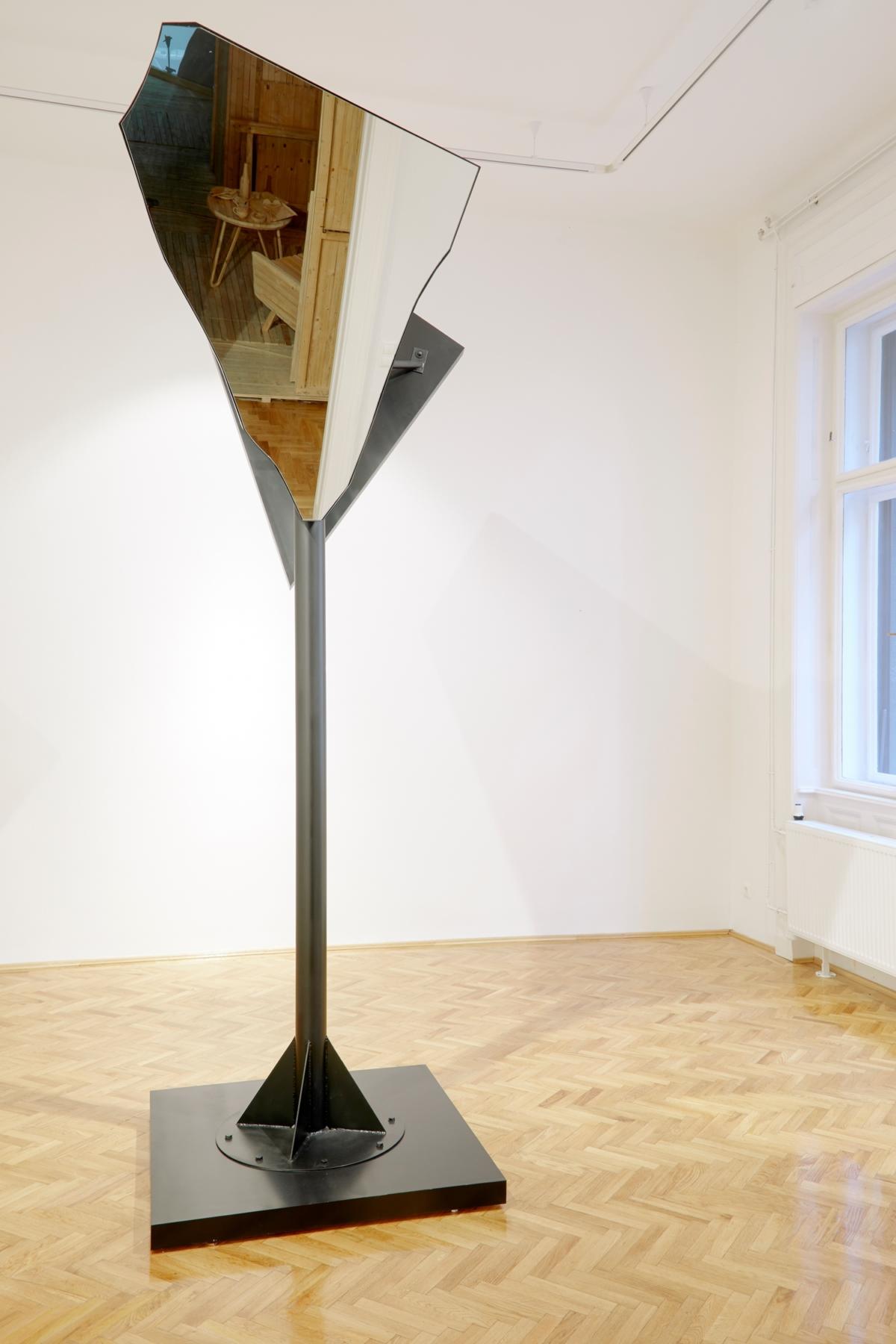 Although the entire installation is nothing but a strange epic poem about the labour. Balzacian story about an artist who feels that he can carve, engrave, hammer, abrade the world into life. Csákány’s creation is similarly about the work that is invested in bending the world to us, how everything can be copied that we see, how you can the tree, once full of life, carve a dead plant out, how you can in the everyday meaning of the word, domesticate the home in an unusable way, how we can form the world not to our image but for our glory. It is like Csákány take the concept of terraforming and would apply it to his own earthly environment and would unstoppably proceed. When in 2010 he was completing Bernsteinzimmer, based on his father’s shed, elements of science-fiction were already present. The terrestrial living space of the Solaris astronaut was able to manifest itself in a world shaped by human patterns. Although the new space is closer to Stalker’s Zone. Emotions and desires are mixed with reality; the weary requisites of the upper-middle class way of life are standing in opposition to the shadow play of the fictional world. 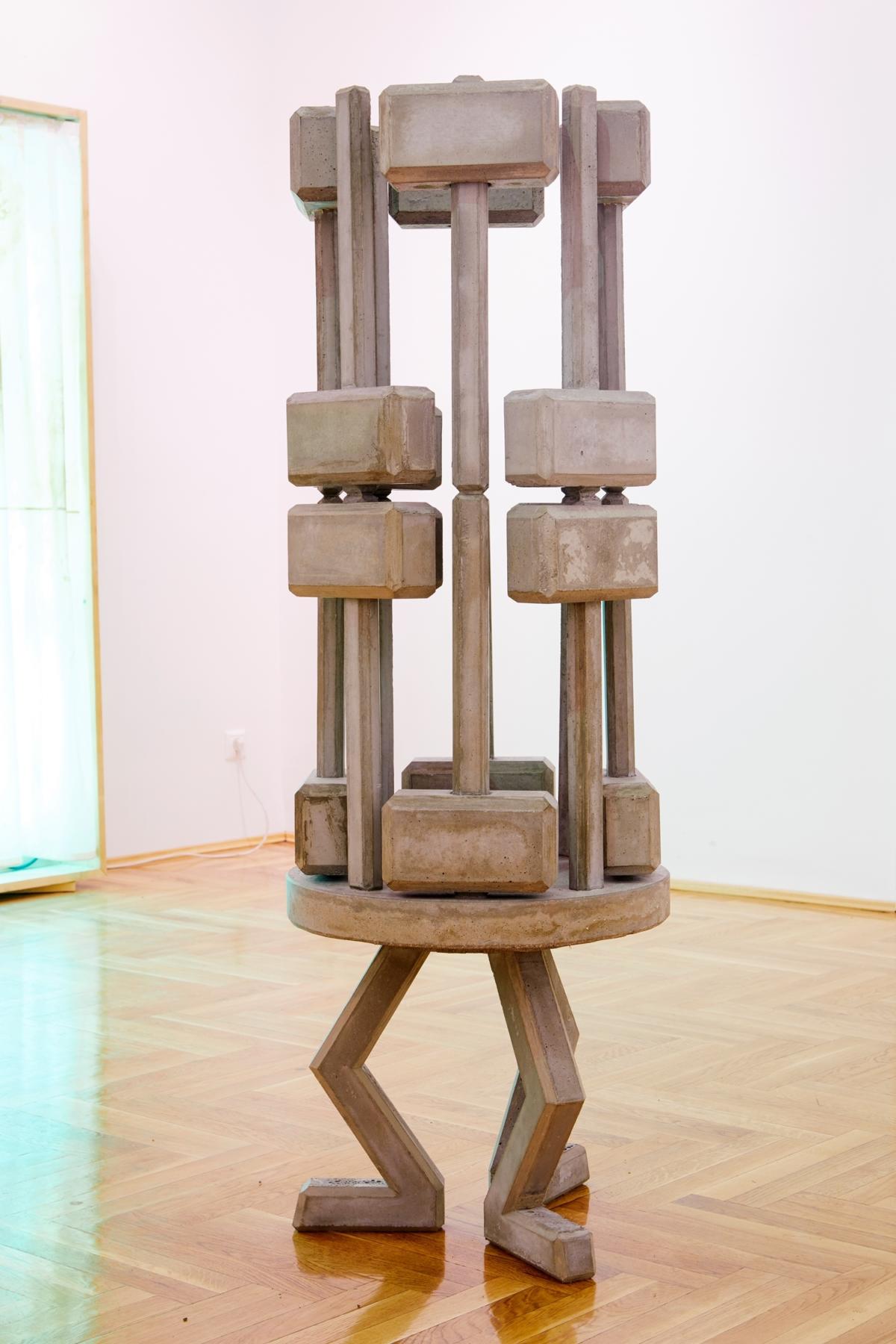 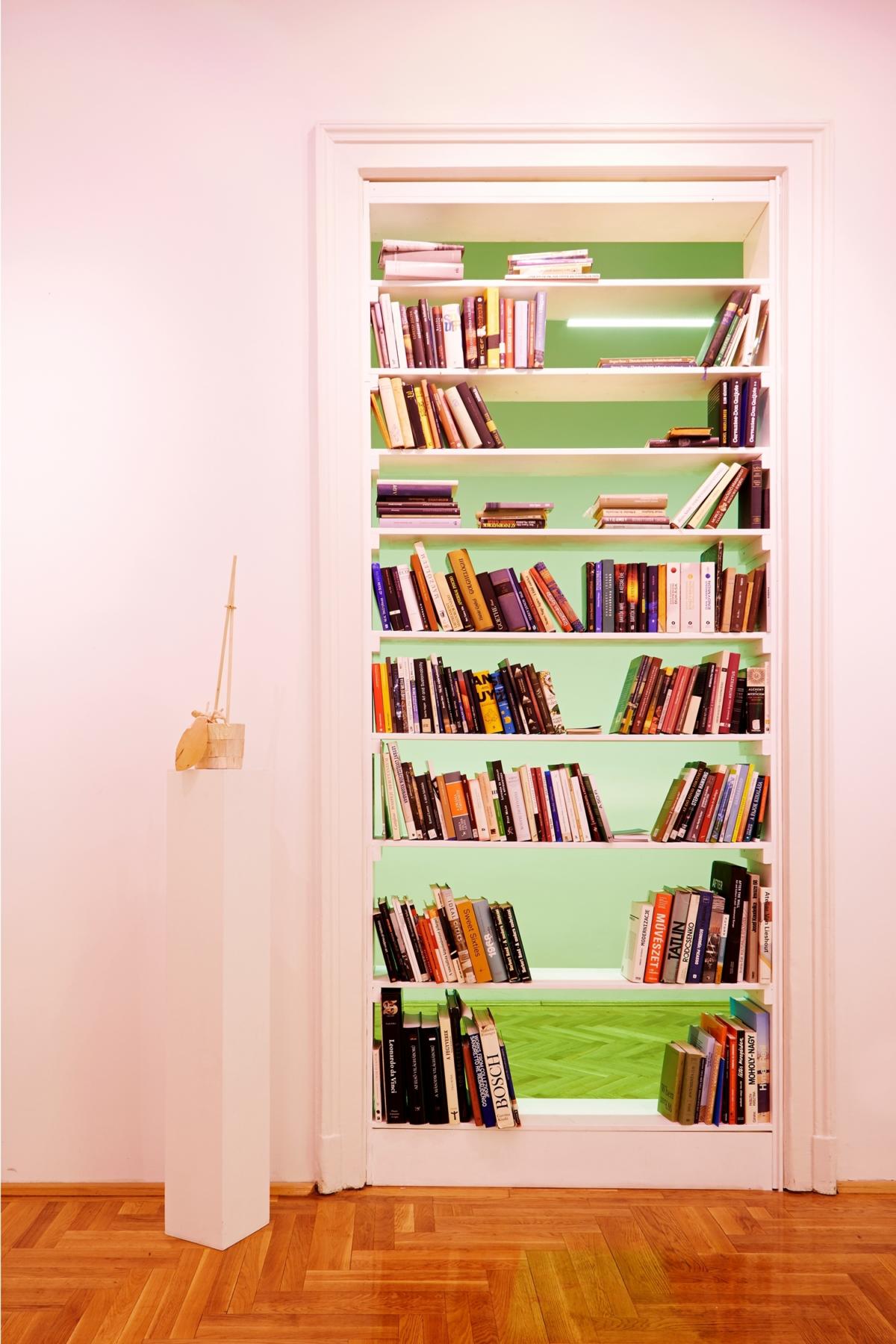 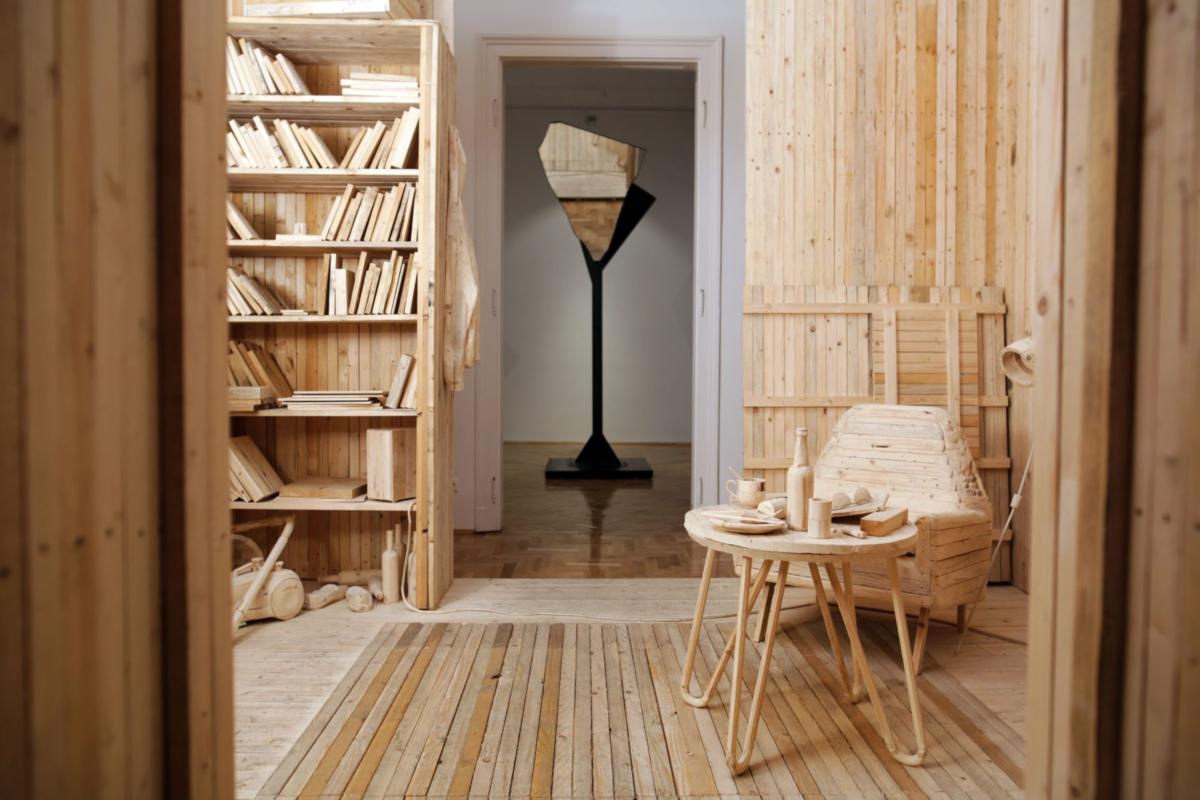 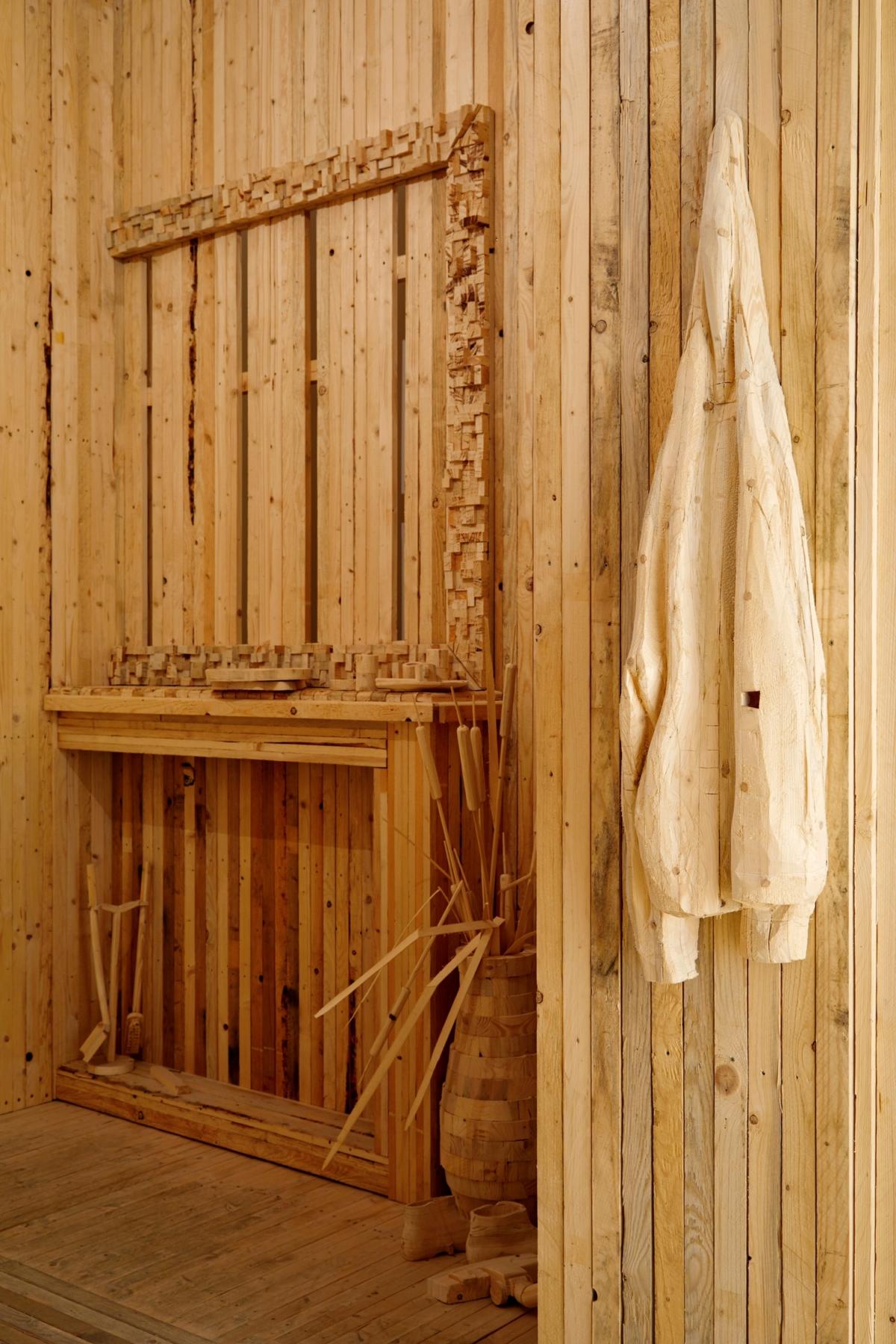 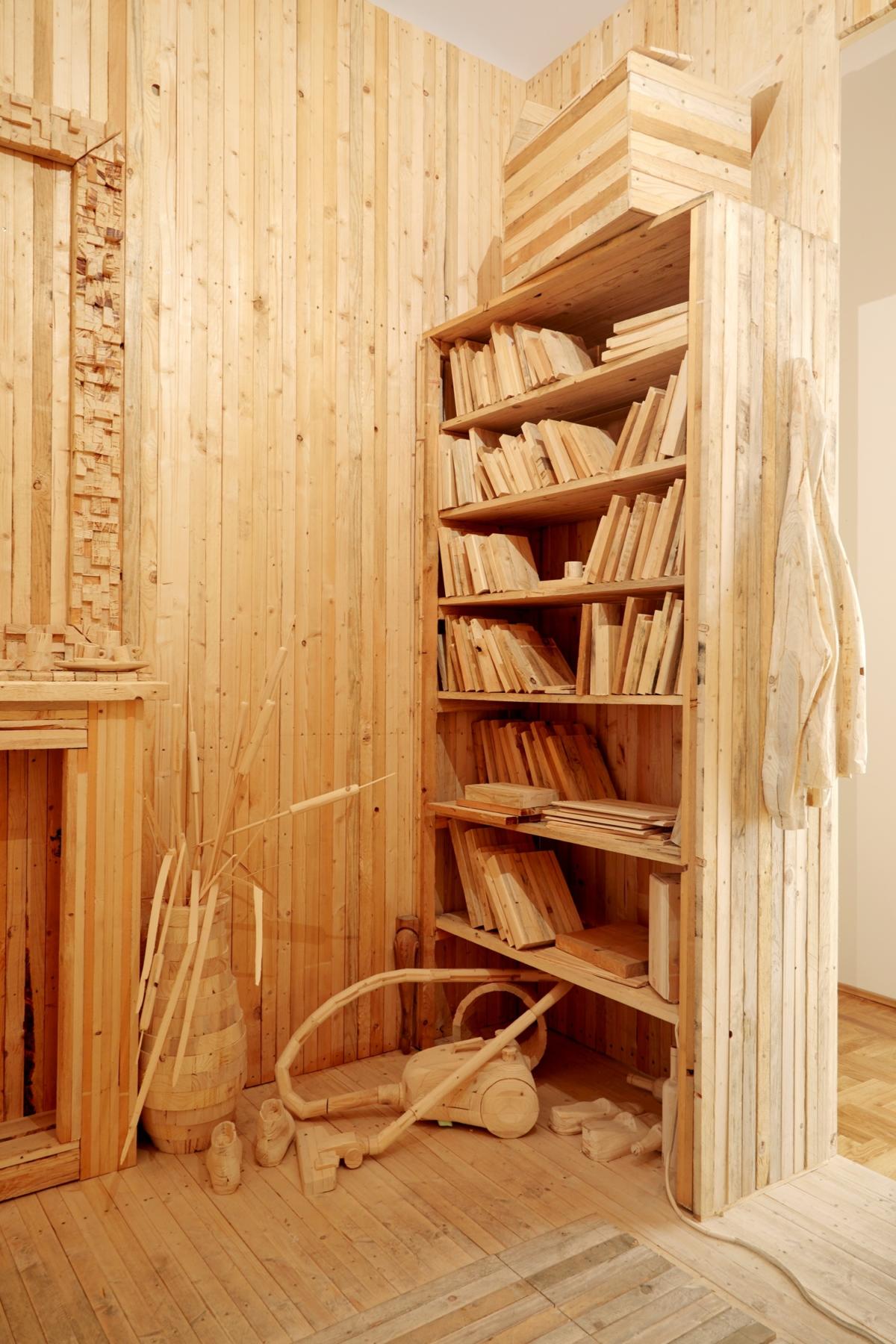 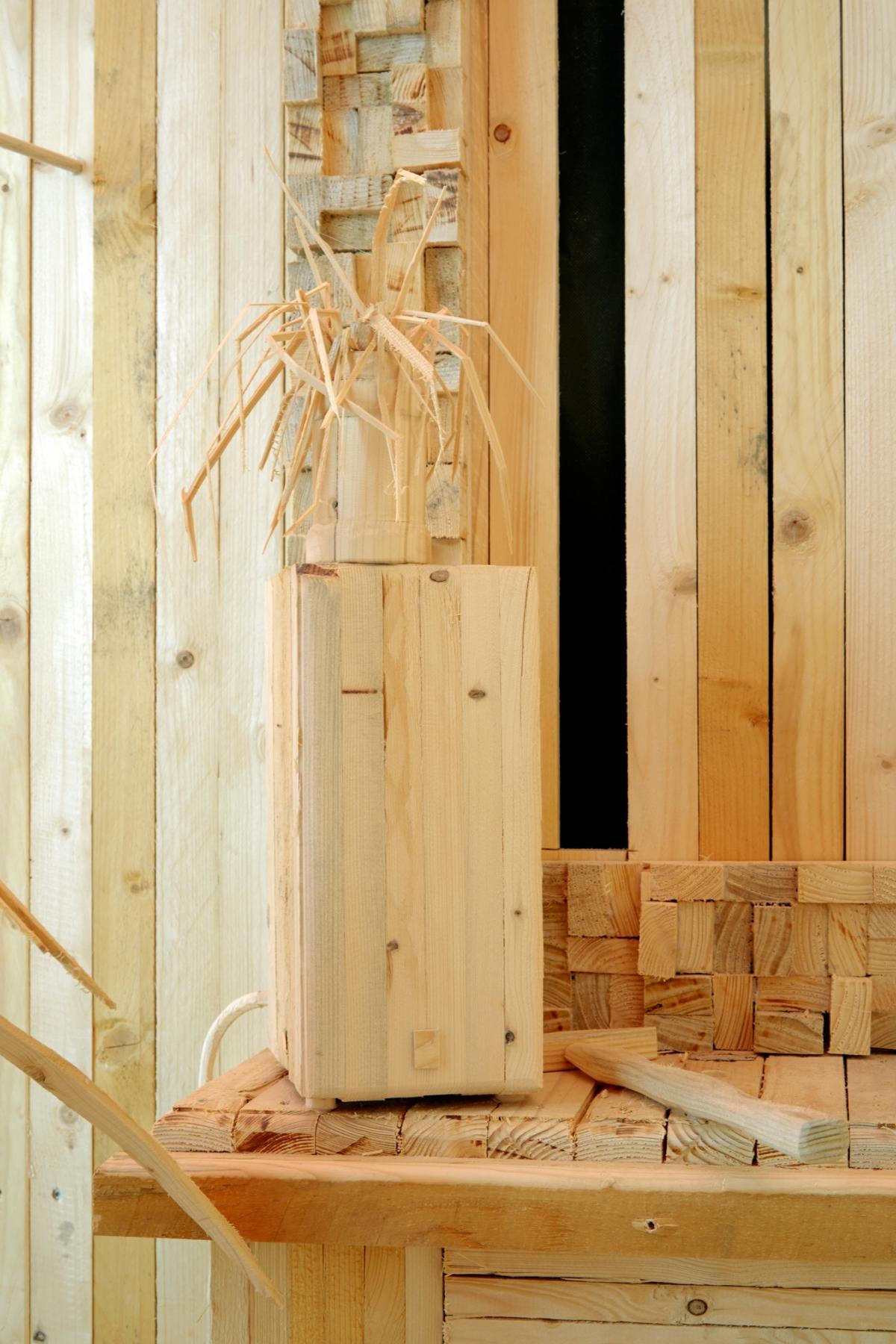 All of this is over watched by a duchampian Oculist Witness, a tree-like mirror-construction. If it was a guard of this collection of weird objects. In the gaze of the person watching we can notice a Wunderkammer’s classical elements: an automaton in perpetual motion, objects carved out with exceptional care, statues with colorful shadows, nature’s beauty captured in wood, rare books. If we are not looking from the side of the mirror, the sight is a collection of ordinary items, dead atmosphere, and grandiose stage for a non-existent play. There are no people in it, only the visitor, who, as stalked witness, imagines what had happened there, in those seemingly abandoned rooms, what different items remind them of, what forgotten culture these furniture can summon. Imagine if there is anyone or will be anyone who is able to live in this scene.